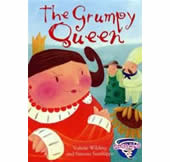 I’m a ghost! That means I’m part of a team creating a series of books under another name. Lucky Stars is one of the series I’m proud to have worked on.

One night Cassie is gazing at the twinkling sky, when suddenly a shooting star zooms into her bedroom and transforms into Stella Starkeeper. Stella and Cassie fly to the secret world of the stars, and Cassie discovers she is destined to be a Lucky Star – someone who can grant real wishes. But first Cassie must collect six magical charms and use their powers wisely – helping other people's wishes to come true. Only then will she become a fully fledged Lucky Star! 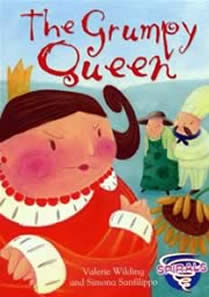 'Do you know who I am?' roared the grumpy queen.

'You’re a very rude woman with a crown on,’ said the man.

The queen is grumpy with everyone. So what happens to turn her scowls into smiles?

This book was such fun to write. I loved imagining what would happen if a grumpy queen went shopping.

I never do the pictures for my books, as I’m useless at art, so imagine how thrilled I was when I first saw Simona Sanfilippo’s fabulous curvy illustrations! 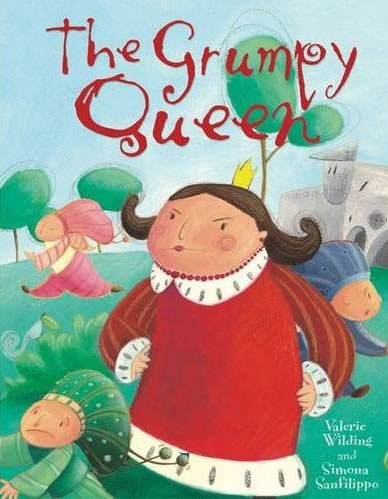 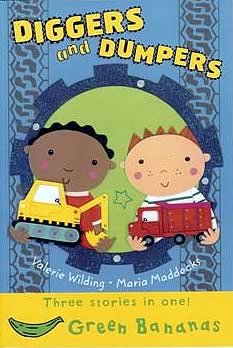 Diggers and Dumpers is all about two boys and their toys. Like all children, they fall out with each other, make friends again, and learn a little more about sharing and having fun together. 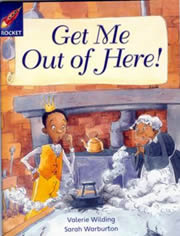 Get me Out of Here!

This story’s written entirely in letters between Prince Percy, who’s fed up with life in the palace, and Miss Pumpkin. She once helped Cinderella get into the castle – will she help Percy get out? 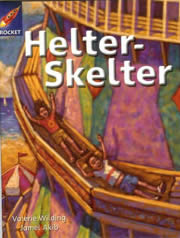 This is a time travel story. Mitch and Hannah are helping their parents on the pier when, with the help of an old penny and a helter skelter, they whizz back in time to the Victorian seaside. It’s exciting and fun – until they’re accused of theft. 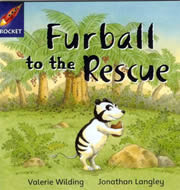 Furball to the Rescue

I’d written a couple of dinosaur books for older children, so it seemed natural to write one for younger readers. In this story, Furball wants some nuts to eat. But how is she going to get them when Big Bod, the long-neck, says the nut tree is his? It takes a good deed to melt Big Bod’s heart. 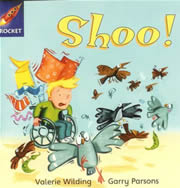 My friend Tessa was shelling peas, when one burst open. ‘It’s exploded!’ she said. That gave me the idea for this story in which Leo’s mum gets cross because the birds keep nibbling her baby plants, then start pinching her peas. Leo makes very practical use of his wheelchair to try to frighten them away, but eventually, nature takes a hand. 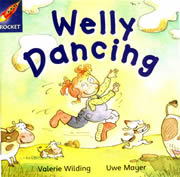 Oh, little Anthea! This character was with me for years, and I wrote about her several times, but the stories never felt quite right. Then I came up with this short story about the farmer’s daughter who wanted to be a ballet dancer, and suddenly it all fell into place. Anthea had found a home at last, in Welly Dancing!