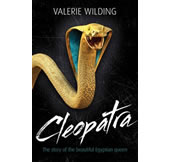 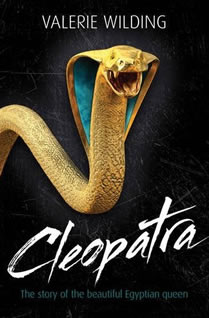 This is the story of the legendary Egyptian princess who became queen when she was only eighteen. For years Ive been fascinated by Ancient Egypt, so it was a thrill to write the story of this clever woman: the battles she fought, the men she loved and the lifestyle she lived as her countrys last pharaoh.

It seemed odd to have to read Roman histories to find out about an Egyptian queen, but a lot of information can be found about her life in books by the Ancient Roman historians. And, as always when I write anything to do with Ancient Egypt, it was a lovely excuse to spend lots of time in the Egyptian galleries at the British Museum in London. Then there are my own memories of a wonderful visit to the museums and ancient monuments of Egypt  unforgettable.

It is just perfect!  So beautifully written, and I really admire you for the way you develop your stories so that they flow with the greatest of ease.  All that information - all those details you manage to put in and you never lose touch with Cleopatra's personality, her femininity and her strength.

Boudica and her Barmy Army 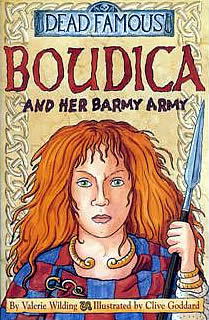 Boudica and her Barmy Army is one of the ‘Dead Famous’ series of books. It’s the story of the Celtic warrior queen and her fight against the Romans in Britain.

I went to Norfolk, Suffolk and Essex to find out more about Boudica, and the more I learned, the more I admired her. She, her daughters, and her people were treated appallingly by the Romans, but did she let them get away with it? She did not!

This book was great fun to write because I could let myself go with jokes and ideas for cartoons. No, I didn’t draw the pictures – I’m useless at art. A brilliant illustrator called Clive Goddard interpreted my ideas, and added a huge amount of his own. He’s very clever. 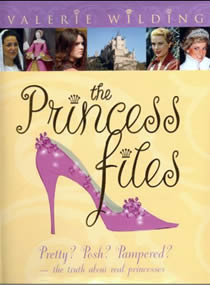 Just what is a princess? Can anyone become one? Do they all become queens? Are they all rich? What about school? And clothes? Is it all fun being a princess? Do they ever get into trouble?

The Princess Files is all about present day princesses from across the world as well as those from history, including probably the most famous of them all, Diana, Princess of Wales.

Full of gorgeous photographs and illustrations, fascinating facts and fun, The Princess Files shows just what being a princess is really like. 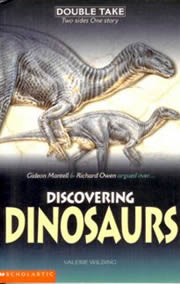 This book set me a challenge! It’s a double biography, telling the story of the two men who both believed they should be credited with being the discoverer of dinosaurs. Gideon Mantell, a country doctor whose marriage and health failed in his quest for recognition, found himself eclipsed by the worldly anatomist, Richard Owen, who was determined that he should get the glory.