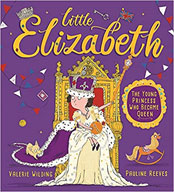 It seems ages since I began to write Little Elizabeth. It's the story of the young princess who expected to grow up, get married, and live in the country with lots of dogs, horses and maybe children. But life had a twist in store for her. This princess was destined to become our amazing Queen Elizabeth II!

It was such fun to find out all about her childhood, her pets and her passions (ponies in both cases!) and how she and her sister, Princess Margaret Rose, occupied themselves during World War II. I discovered that even though Elizabeth's family was fabulously rich, she still had problems to overcome and had to do things she didn't like.

I loved discovering about Elizabeth's grand palaces and jewels and the work she did, and how she fell in love with a sailor, who just happened to be a prince. And it was fun looking through crinkly old newspapers to see what sort of clothes she wore when she was little, and what sort of toys she played with. (You've probably guessed - toy horses!)

Pauline Reeves, who illustrated Fabulously Feisty Queens, has produced some glorious, fun artwork for Little Elizabeth. Look out for some cute corgis!

Buy the hardback from Amazon

Buy the paperback from Amazon 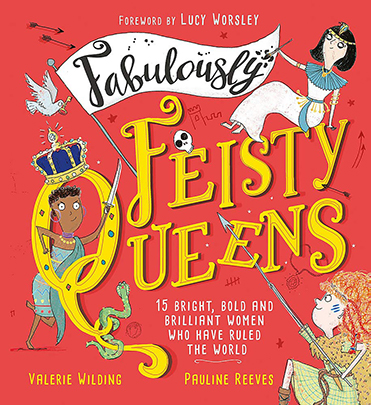 I had the idea for a book about amazing queens a long time ago, but I could never decide the best way to do it. Should it be a paperback with black and white line drawings? How many queens? Which ones? The last question was the hardest, and to find the answer I had to read lots of lovely non-fiction books. Honestly, how great is it to sit down with a steaming mug of coffee, a chocolate biscuit or two (or three) and a pile of interesting books? And all in the name of work!

These queens were/are strong and clever and each in their own way - brave. Their stories are all different, all fascinating. I hope you like the way they ended up - as a lovely big, colourful picture book. You'll love the illustrations, by the talented Pauline Reeves. (Shh, secret - she's illustrating my next book, too!) And I'm thrilled that the lovely historian and author, Lucy Worsley - yes, THE Lucy Worsley! - has written a foreword to the book.

Buy the hardback from Amazon

Buy the paperback from Amazon 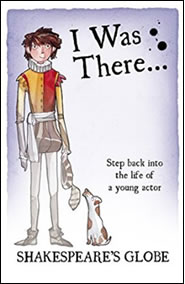 I Was There... Shakespeare's Globe

How lucky am I? Another book set in wonderful London, but this time for younger children of 7+. There’s a new king, James I, so we’re no longer in the Tudor period, but in 1604 - right at the start of all the exciting changes of the 17th century.

Billy Watkins and his family have fled to the country to escape the plague that’s raging in London. But Billy longs to be back in the bustle of London and the Globe playhouse. He dreams of acting on the stage in one of Master Shakespeare’s plays. When a company of players arrives in the nearby town, he’ll do anything to make his dream come true…