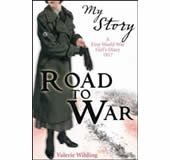 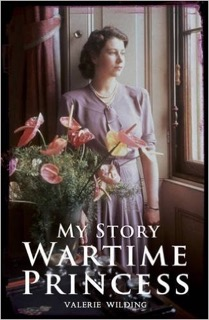 Princess Margaret Rose was nine years old when WWII broke out. She and her big sister, Princess Elizabeth, spent the war years in Windsor Castle, where Margaret witnessed first-hand the budding romance between her sister, nicknamed Lilibet, and the handsome young Prince Philip of Greece and Denmark. Wartime Princess is the diary Margaret might have written!

It was fascinating exploring the lives of the future Queen Elizabeth II and her husband Prince Philip, Duke of Edinburgh. Not everyone believed that Philip was right for Elizabeth, but the fact that their marriage has lasted over sixty years and that he has worked tirelessly both for Britain and to support her, shows him to be the perfect consort. I wonder if they ever imagined that Elizabeth would become the longest-living monarch in British history! 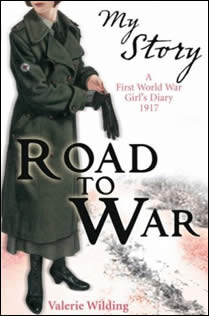 It’s 1917, and World War I rages in Europe. Daffy Rowntree is horrified and bewildered when her brother goes missing in action. She refuses to sit safely at home, and hatches a plan which eventually takes her to the battlefields of France. Soon she’s driving an ambulance, transporting the wounded from the mud and horror of the trenches.

Daffy’s a bit like me; I often find it hard to ‘fit in’, just as she does. But that’s the only way she’s like me! I know I would never have the strength or courage to do what Daffy does. 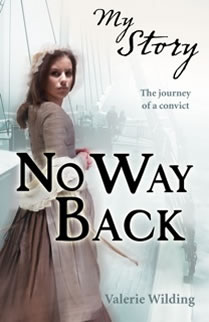 No Way Back is based on a true story. In 1789, ten-year-old Mary Wade makes the biggest mistake of her life when she and a friend steal the clothes a younger girl is actually wearing. When Mary’s accused of the theft, she’s dragged from her home to filthy, stinking Newgate prison, leaving behind her mother and the little brothers and sisters she adores. At her Old Bailey trial, Mary is terrified when she is condemned to death. The outcome looks bleak, but a twist of fate gives her the hope she so desperately craves.

When I first discovered that this brave little girl had been thrown into the most foul prison in London, I went back to Old Bailey records to find the transcript of her court case. Reading the original words of those involved – sadly, very few of Mary’s own – made me want to find out as much as I could about her crime, her punishment, and her extraordinary life. Once I did, I couldn’t wait to write No Way Back 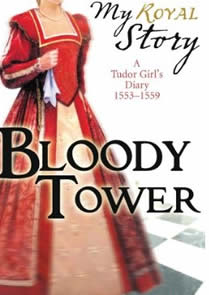 Bloody Tower was a joy to write. It’s the diary of Tilly Middleton, from 1553-1559. She’s the daughter of the physician in the Tower of London, which is one of my favourite places in the whole world. You can guess how much I enjoyed my research!

Tilly’s diary begins just before the death of King Edward VI, who was the son of Henry VIII. It continues through the brief and tragic reign of young Jane Grey, then the strong and scary reign of Mary Tudor, right up to when Elizabeth I came to the throne.

Tilly keeps her ears and eyes open and she and her friend Tom, who works in the royal menagerie, soon find out what’s going on. She needs to know what’s happening, because she has a secret which she must share with someone – someone very important indeed.

To Kill a Queen

(Originally published as The Queen's Spies) 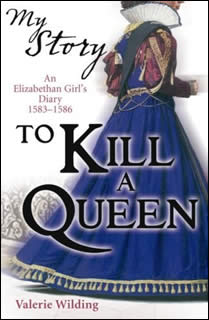 Lots of people who read Bloody Tower said they’d love to know what happened to Tilly. I decided to find out! To Kill a Queen is the diary of Tilly’s daughter, Kitty Lumsden. Her cousins, Edmund and the awful Kathryn, live nearby in the Tower of London, so Kitty’s often to be found in her mother’s old haunts.

Elizabeth is queen, but is she safe? There have always been plots against her. Now London seems to be full of secrets and spies, and there’s a frightening new plot. Kitty fears her family is involved. She must, at all costs, keep her beloved brother safe. 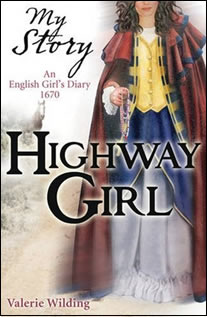 It’s 1670. Susannah Makepeace and her brother Dominic, now orphans, are forced to flee their Devon home. Susannah must live on the charity of distant relations, but that’s not for Dominic. Fiercely independent, he sails for America and, when he’s made his fortune, he’ll come back for his sister. But when Susannah receives news that Dominic is dangerously ill, she will do anything to get the money she desperately needs to save him. Anything...

Researching this book took me to the beautiful Devon village where my father was born. I imagine that some of the old cottages look much the same as they would have done in Susannah’s time. In historical terms, that wasn’t so long ago but, for her, it was a different world. 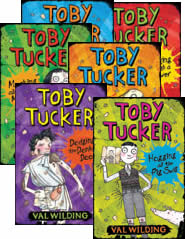 Nobody knows. Even Toby Tucker doesn’t know. But every time he manages to piece together the name of an ancestor on his family tree he actually becomes that person

I loved writing the Toby Tucker books. Each one involved a lot of research about a different time, and sometimes a different country, too. The books have taken me from England to Egypt, with a few stops in between, and they’ve been great fun.

I often wonder, if I went back in time, would I like it? Would I be in danger? Would I like the food? Suppose I was ill, or had toothache? What would I learn at school – if I went to school? What would happen if I broke the law? Would my parents be strict? Were there any loos? My research helped me to find the answers to most of my questions. Once I had these answers, I let my imagination go to work and the result is Toby Tucker!

You don’t have to read the Toby Tucker books in order, but it’s better if you do. Why? If you read them, you’ll find out!

More about the books...